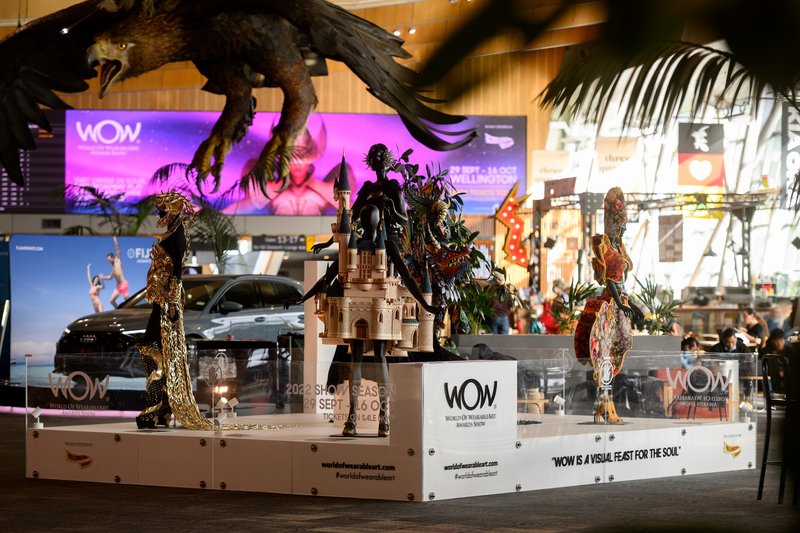 A taste of the World of WearableArt (WOW) has just landed at Wellington Airport.

Five award-winning entries from the WOW collection are now on public display in the airport terminal until showtime in September.

Wellington Airport’s Manager Brand and Sponsorship, Jo Maxwell says the exhibit is already a major hit with the travelling public.

“It’s great to see people literally stopped in their tracks, and a constant stream of pictures and selfies being taken.”

WOW attracts an audience of 60,000 people and contributes up to $28 million to Wellington’s economy. It’s part of an exciting line-up of major events for Wellington over the next few months including Wellington on a Plate, Beervana, and the All Blacks vs Ireland test match.

“We are delighted to have the opportunity to showcase these incredible works of wearable art at Wellington Airport. The detail and storytelling each designer weaves into their creations is really quite remarkable,” says Natasha Gordon, Head of Marketing, WOW.

“The team at WOW can’t wait to reveal the 2022 finalists at the WOW Awards Show this Spring. We have some exciting treats in store for audience members.” 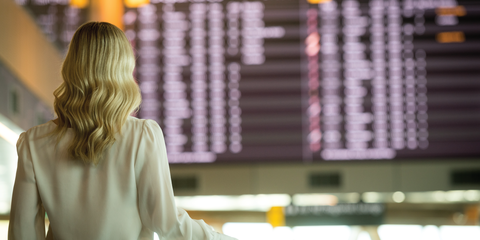 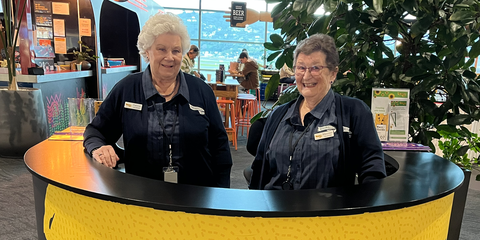